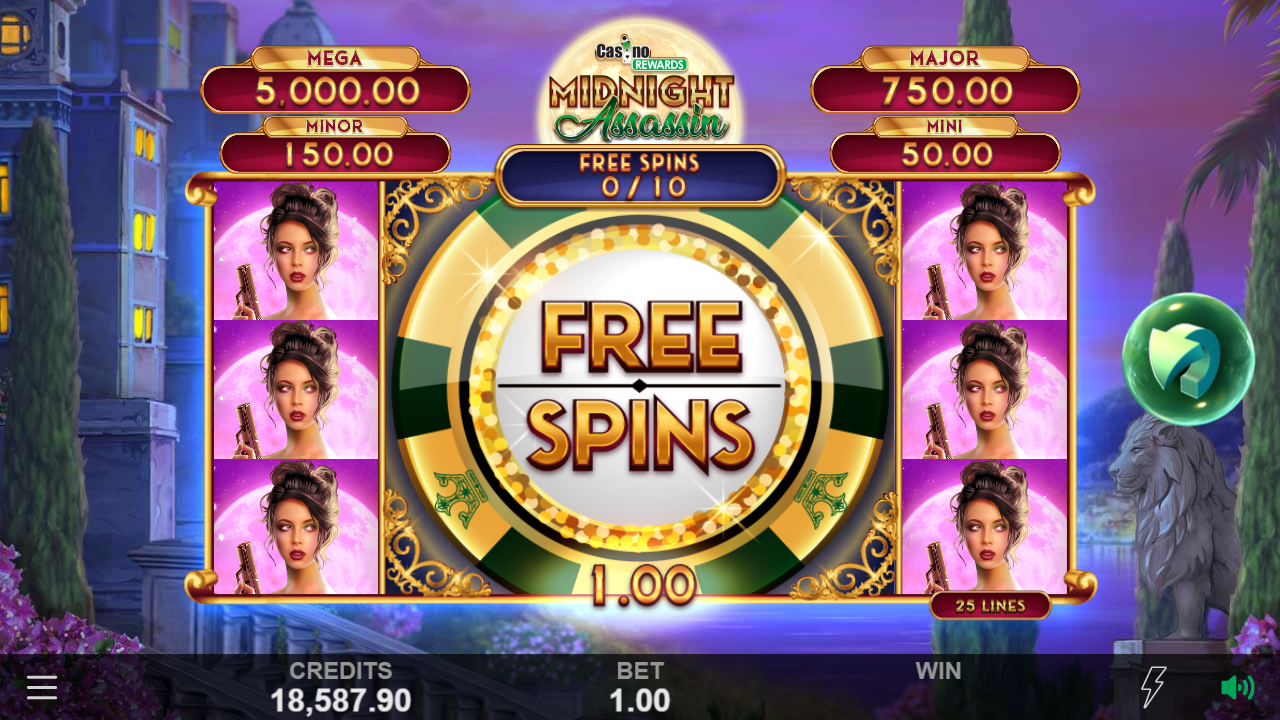 Triple Edge Studios has worked with Microgaming to bring a lot of slots and casino games to the market and one of their most successful slots game is Assassin Moon. Due to its popularity, Casino rewards secured a bespoke version of the game exclusive to the brand. The hot new version is called Midnight Assassin and we will look at everything you need to know about it below.

A lot of the features you will find in Midnight Assassin will mirror those on the original game, Assassin Moon. Midnight Assassin has five reels and three rows, with 25 fixed paylines. The theme is all about an assassin known as Luna and is based on the city of Monte Carlo. Midnight Assassin is an interesting game, with its intrigue, the use of a female main character, and its great designs being some of the main draws.

Do note that the RTP on Midnight Assassin is fixed, meaning that it does not change in the different casinos you might choose to play the game.

The Win Booster feature allows players to lock their targets which increases their winnings as well as the chance to enter the Hyperhold feature. There are also scatter symbols that appear in this mode to help you trigger the bonus round. In this feature, the RTP is also increased to 96.33%.

For the free spins, you need to land three or more casino chip symbols on the second, third or fourth reel during a spin. You can get 10 free spins which increases your chances of entering one of the winning and bonus features without placing any wagers.

Midnight Assassin comes with four jackpots that are triggered using the respin feature, which is relatively easy to land. These can range from 100x of your wager to the 5000X Mega Jackpot discussed above.

Casino Rewards Midnight Assassin might be a version of a different game but it does stand by its own merits. The game is fun to play, offering players lots of chances to win big, especially with the jackpot.